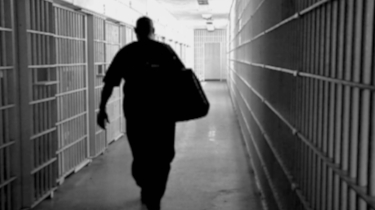 Imagine what it would feel like to be removed from society because of decisions you made many years ago, then released back to your community after 24 years. Would you know anyone? How you would put your life together with nothing but $40 in your pocket and a stigma that follows you for life?

Of the nearly 20,000 people currently incarcerated in Washington prisons, 97% of them will eventually come home. Nearly 8,000 people released from Washington prisons next year will transition home with layers of trauma and stigmatization, encountering barriers at every turn.

Don spent thirty-one years in prison, and when he got out, he didn’t have a mother, a father, or brothers and sisters living here. “But,“ he said, “I had people at the Freedom Project that I had come to know, and they got to know me. They got to trust me, why? Because they saw how honest I could be about my feelings. And so, on my release, I had people who helped me when I didn’t know what was going to happen. My first six months out, I watched 13 people I knew return to prison. I am not one of them because of Freedom Project.”

When Rusty was released from prison in 2001, he had a network of friends around him, but there were still big challenges.

“The idea of a ‘safe return’ meant having mentors who’ve been through it and could help me access my inner resources, things that I don’t see about myself which my community would show me. It’s also about support for external resources too, like transportation, learning how to ride the bus, learning how to shop. The first store I went into, I got so overwhelmed with all the choices that I had to walk out. Thankfully I had Freedom Project to help me navigate this different world out here, to walk shoulder-to-shoulder with me through the whole process. That was my safe return.”